If you have been following the site recently you may have noticed that it is been DAC city around the Audio Head lab. I am pleased to announce that have found a new leader in the DAC/Headphone amplifier combo in the <$300 range.  This is by no means an end-all-be-all situation (nor is a DAC/Amp combo appropriate for every set up) but the category has shown a surprising amount of new sprouts as of late.  I would also like to think that the $250 range is something that more of the population can “get into” in their search for better sound.  In the case of headphones, once you clear the $1k range there is an expectation that you could spend 2 times that on an amp.  Clearly these options narrow the interested parties down to core head fi hobbyists fairly quickly.

The AudioQuest Dragonfly ($250) is roughly the size of a traditional USB memory stick.  The single small headphone output doubles as a line-level output.  When situated appropriately on the left side of my MacBook Air the Dragonfly input lands less than an inch from the stock headphone connector embroiled into the side of the laptop.  This close proximity begs for a concrete appraisal.  In a land where many audiophile observations can get diluted in a sea of words, I found one thing to ring true in the simplest of terms: hole A (the Dragonfly) produced better sound than hole B (the Macbook).  While this may seem like a tiny revelation in the context of an audio review, I would like to assert even further that it’s MUCH better, to the point where even your non-audiophile friends may take heed. What’s left up to the commonplace buyer to consider is the likely the reason you are reading this in the first place, is the difference worth $250?  Unfortunately for consumers, $250 is arguably the starting point for DACs in the audiophile world. In relation to the rest of the products in the market I would have to lean to the affirmative. The audio quality upgrade the Dragonfly gives you is superior to many of its close competitors.

The Dragonfly fits directly into the USB port of your computer, which is surprisingly unique. But this designdoes have its drawbacks. While the “USB stick” shape is undoubtedly one of the most portable designs you could ask for, the fact that it sticks out a fair amount directly from the socket can put undue pressure on your computer’s contacts.  If you were to hang any weighty headphone or other cable from it I could foresee some USB socket wear and tear developing.  I did not experience this myself with the sufficient table space I was able to operate with, but it might be something to consider.  Make no mistake however, the

Audioquest Dragonfly is portable.  You can slip it into your jeans pocket and almost forget it’s there.  It has a very satisfactory rubber coating and manages to feel slightly heavy for its size.  For all the portability it still feels quite solid to the touch. Perhaps one of my favorite gimmicks is the color-changing dragonfly logo, the only marking to decorate the casing.  It changes color to indicate what the current sampling rate is.  This is really the icing on the cake for me. I find this to be an important feature that is often overlooked by many DACs in all price ranges, and Audioquest found a unique way to make it happen on such a tiny piece of real estate.

The Dragonfly specs are much what you may have come to expect from a DAC in this range.  The fly offers 24/96 asynchronous USB connectivity driven from an ESS Sabre chip.  While some reviewers may favor one chip over another I tend to find solace in the ideal that proper implementation is the king of sound quality variables.  It appears to me that the R & D team at AudioQuest may have stuck a chord with this little stick in that regard.  It is also important to note that the volume control from your computer actually takes place within the analog domain of the Dragonfly and not in the digital.  Digital volume control has been known to degrade sound quality and according to Audioquest, reduces the overall resolution of the music.  The Dragonfly does do a lot of things right, and the overall output of the device does reflect the sum of the engineering involved.

So what did I find so endearing about this little units sound?  For $250 the Dragonfly DAC excelled in not only its resolution (a must-have for a DAC) but it also had a bit smoother presentation, especially in the treble regions.  When listening to a lossless version of the Doors Riders on the Storm I noticed a slightly more transparent presentation of both the rain effect and John Densmore’s ride cymbal that drives the ambiance throughout the track.  Likewise I found Van Morrison’s tender vocals on Crazy Love to be just a hair clearer and less grainy. When it came to IEMs the Dragonfly’s headphone output had solid bass impact.  Paired with Jerry Harvey’s JH16 Muse’s new album The 2nd Law in high resolution pounded though both the dynamic bass in Panic Room and the hypnotizing sampled vocals of Madness with equal parts slam and smoothness.  In short, music tended to be slightly more vibrant through the Audioquest Dragonfly, something I think that even the non-audiophile could pick up on when compared to hole B.

Is the Dragonfly the best DAC I’ve ever heard? No. There are crazy components out there with equally crazy price tags that will dazzle and amaze your auditory senses.  But for those looking for an ultra portable computer setup or someone looking to dip a toe in the audiophile component water, this is the best one I’ve found so far for $250. 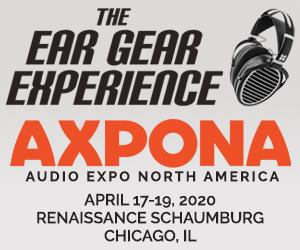