The Auralic VEGA G1 DAC may take a little more explaining than your average DAC review but that’s because the proposition has evolved, just as the digital audio scene has. No longer just a digital converter from USB or SPDIF, the new VEGA is a DAC and streamer. The entire device is controllable from Auralic’s own Lighting DS app or as an endpoint for Roon, and the usual streaming services apply – even the recently launched Qobuz (for the US at least).

The first and perhaps biggest differentiator from the simultaneous release of the Auralic Aries G1 streamer ($2,499) is that the VEGA is not a wireless playback device. Those privileges are reserved for the Aries. For streaming to work with the DAC+ here, a wired Ethernet connection is required, plugged directly into the back of the unit. Once attached, everything operates much the same through the Lighting DS app. CEO Xuanqian Wang did not intend the two G1 products to be used in tandem with each other, as there is no heavy intent to connect the two together. They were both created to fill their own specific role in the market, which sheds a little more light on the hefty bonus including with the VEGA this time around.

One might also be curious as to the reason for two separate G1 & G2 lines (four products in total). The main differences include additional galvanic isolation, heavier casework and an upgraded volume control. Those looking for the pinnacle from Wang’s latest round should look towards Vega G2 ($5,999) plus the Leo GX Master Clock ($7,999) – but for the masses, G1 for significant savings. With a retail asking price of around $4k the component isn’t exactly a mass-market product, but in the realm of high-end digital conversion in which it plays could easily be interpreted as a serious piece of competition for higher ranges. The digital end of audio continues to see advances in ways some of the other avenues do not. If the VEGA G1 is any indicator, advancements are slowly making their way around the market with lower extensions to the accompanying pricetags.

Even though the VEGA G2 offers a top panel milled from one solid piece of aluminum (Auralic calls this its Unity chassis), the G1’s updated style, color and size still feel immensely hearty. The G1 series has a more pieces to the sides and four stationary feet instead of the G2s upgraded anti-vibration foot spikes. Physically the addition of a color screen on the front side is a big plus for both Gs considering the steaming options, and album art appears in its full glory upon playback. Like the original VEGA there is a volume control that gives off a good tactile feel, but basic use would only require this to be set at the full 100 under most conditions. An outlier of course, would be desktop use with the two included ¼” headphone jacks. The inclusion here is perhaps more an act of convenience; Auralic does offer a full-fledged headphone amplifier called the Taurus MkII. Should you want to go the old-fashioned direct route, the G1 does include one of each of the more traditional digital connections, including AES. Outputs are both SE and balanced XLR which really sums the I/Os for the device as fairly straight-forward formula.

The internal processor is a Quad Core Coretex A9 (800MHz) with 1GB of DDR3 memory. Actual digital-to-analog conversion is done via an ESS SABRE base which has been “severely modified” according to Auralic. Even the simple notion of attention to detail on the programming end is a comforting move from an implementation standpoint. Far too many lesser DACs have fallen prey over the years to the same type of edginess or digital brightness, which may stem from lack luster design on either the USB or DAC front. Not so with the G1, and not even close in the case of the original launch VEGA.

Just a few years ago the landscape was littered with ESS SABRE 9018 options. The original VEGA managed to sidestep the pitfalls of many of the cheap implementations with a real sense of organic and natural delivery. A more “lived in” feel, if you will. Digital tech hasn’t really been at a loss for raw detail for quiet some time. It’s the unfiltered, uncanny, hyper-extended 1s and 0s that make the human voice sound dry, or the highs seem thin and crispy. Overall, the next gen G1 maintains that fresh sense of realness, but manages to step up the game even more towards texture, vibrancy and the intimacy of the studio (and not the back row of a concert) from original sources.

The G1 comes with 4 filter modes, ranging from Precision to Smooth. Thankfully, each filter now comes with handy written description that appears on-screen as you scroll though the options. Perhaps most interesting of the lot is the Smooth option: “Smooth mode scored the highest on subjective listening test during development. All filters in this mode are minimum phase type, which means there is no pre-echo at all. Smooth mode filters are designed with very small group delay to eliminate ringing as well.”

Listening to the filters provided some interesting changes, with notable contrast bubbling up between each tier. Occasionally, filters of this type seem to run together a little too much, leaving the listener to ponder the practicality of the whole exercise in a digital product. In the case of the G1 however, the Precision setting won out as our favorite, but the appeal of smooth was definitely felt. From a certain perspective, it makes sense to leave the role of the digital translation to its most attentive, and consider other components in the chain for roles that require ease of listening or small tonal adjustments. But each system is of course unique, so the option to customize in even a small way might prove useful to some.

Control with Auralic’s Lighting DS app was an easy download and setup operation. There were no noticeable hiccups with the playback and the recently released Qobuz integration worked without any major issues. Likewise the Roon endpoint VEGA G1 popped up in the core software as plug and play, both as USB connection and networked connection. It was easy to incorporate the dedicated settings by looking them up in the Roon database, which then overrides the default settings for ones optimized for the specified source. In short, playback was easy as was setup. An advanced degree in engineering is not needed to get the system up and running and the control through the Lighting DS app or Roon is intuitive for even those who remember a time when vinyl was the only option for in-home hifi listening.

We listened to the VEGA G1 though a wide array of speakers including the TAD ME-1 and also headphone gear including the Audeze LCD-4. In both scenarios the new VEGA successfully built upon the organic groundwork of the previous iteration, but added even more depth and spaciousness across the board. As a premium piece of audio gear, there were no trivial issues with frequency response or distortion. Much of the same organic delivery that made the last VEGA so value-driven (even at its pricepoint) remained intact, but within that same theme even more fleshed out transparency, sophistication and responsiveness.

Ben Harper’s reggae-inspired With My Own Two Hands starts off with very live-style intro, but breaks into a very studio hearty sound with the driving wah guitar and organ instruments. Streaming through Qobuz at 24/192kHz there was nothing sterile about the performance. The guitar imaged with authority, as did the introductory organ line, vibrating in a shimmering layer peppered by some ancillary but punctual percussion instruments. The way the instruments cut though the air to the listener’s ears illustrates power, control and a sense of being closer to the music than simply listening from afar. Ben’s voice hung in the air like a single sonic point, pinned to a specific location hovering in the air between the speakers.

Digging around Qobuz a little more, we came across a 24/96kHz rendering of the White Album as a Super Deluxe version. While My Guitar Gently Weeps (2018 Mix) from this remastered album helped highlight what is perhaps the most impressive feat of the new digital converter. The thumping bass and double guitar line on the low end simply popped. The voluptuous bottom end jumped, slid and raged under the immaculate control of the VEGA G1. Both resolution and sonic grit were easily conveyed in an area that gets murky relatively often under lesser circumstances.

The VEGA G1 is a flexible piece of hardware. It is flexible in the sense that it can reproduce music in a pure, lively, robust signal for any your transducers. It is flexible because it is never stiff, but rather effortless, diverse and wildly nuanced in its translation of source material. With the right back end, acoustic shenanigans may ensue. From a value standpoint, it’s hard to deny the draw of a giant bonus in the form of a wired streamer. Those prospecting in the market will find refuge in the sound quality and technical aspirations of the device. And even though it brings me little joy to say this, owners of the original VEGA (which we still love) will see improvements with the latest revision from Auralic – upgrade approved. The palate it sends offers up fleshy fineness for your ears to grab onto. There is intrinsic body to the reproduction without outside coloration. It’s a powerhouse, even though it doesn’t provide the muscle direct to the speakers. The G1 is a well-executed digital product that doesn’t hold much back, highly recommended. 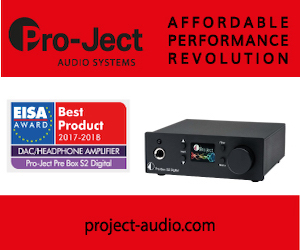